So, there's been this disturbing stuff in the news today. According to an Evangelical Christian group based in California, Judgment Day is coming up this long weekend.

According to this blurb, on May 21st, true believers will ascend to heaven and non-believers will be stuck on Earth, subject to natural disasters and horrible catastrophes.

It's a bit odd, to say the least. Apparently this same group had made similar claims several years ago. So... does that mean that these guys are the ones who were left behind?

There's even a website where believers (true optimists, indeed) can pay to have their left-behind pets taken care of by confirmed atheists who will (of course) be left behind. http://eternal-earthbound-pets.com/Home_Page.html

Can you say "Crazy?"

So, I'm planning to have a table at the Dog Show taking place on that weekend. I've been busy planning my table display, drawing, making business cards and posters. Should I worry about finishing the job? Maybe I only need half of the items I figured, since I'd only be there for one day. ?

And hey, I've bought a bunch of paint so that I can colour up the house a bit! Should I return it, or just do a giant Jackson Pollock with them all?

Also, I'm thinking of replacing the toilet in the master bathroom, calling a plumber to make sure the pipes are unclogged. I wonder if they'll take credit cards?

Well, if it doesn't happen this weekend, there's always the Mayan calendar to go by. According to them, there will be some sort of big happening next year, just before Christmas. On Kyle's birthday, I believe. hmm... I wonder if I should plan the party for the weekend before. Just in case.

I do wish they'd make up their minds.

I'm not a "believer," so I'd be "stuck" here. I'm okay with that. Actually, I really hope that none of the things they're talking about will happen. I like this place. I like the idea of it being here, in great shape, for future generations. If people'd look after it more, stop letting other people muck it up... It'd be pretty darn nice!

We could be here for a long time! I like that idea even more. 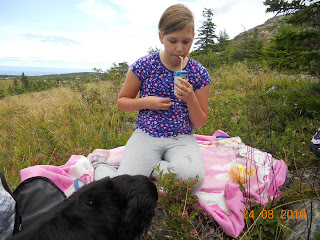