Thank blooming heavens!! It's been a long project. Who would've thunk that a couple of dogs could be so darned difficult to paint? I mean, really!?! Ah well. The colours in the coats are what gave me conniptions. The first dog was my practice piece. Shiloh got worked over and over and over again... I'm embarrassed at how those turned out. Finally... FINALLY I got some good advice from a dog artist, Kathryn Beals, and watched a couple (okay okay... several... ) speed painting videos on YouTube. YouTube is my new bff... yup... They're still only my first animal paintings, so I'm going to have to keep practicing in order to get better. I think I'll clear off the kitchen table for now though. Move stuff back into the studio. Start doing laundry and other assorted housework... cooking, errands. We need a new weed whacker and I hear the lawn mower needs a new blade since the old one ate a rock. Stuff. 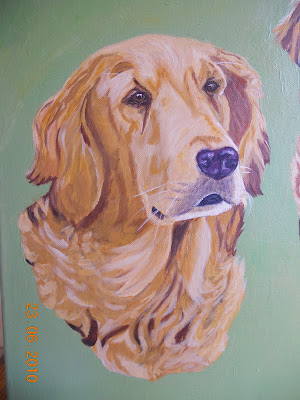 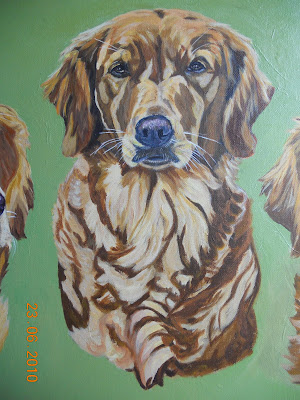 And this is Ginger. 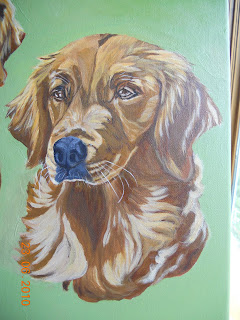 And last but definitely not least, Maggie.

Ginger and Maggie are full sisters, while Shiloh is the mother of Shamus, one of the dogs living next door to us. 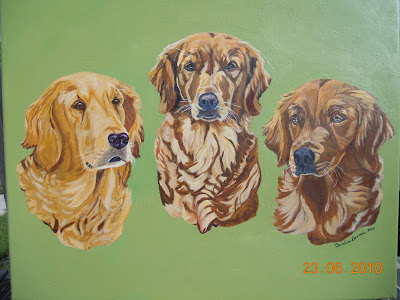 Enough about painting for now. I'll be working on the painting of Niki soon, but not until I've let my deltoid heal for at least a week without exerting it. 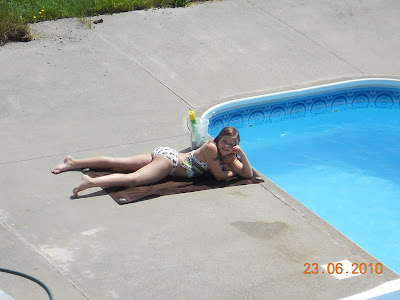 Miranda and her friend had a marvelous time in the swimming pool today. Fi rst swim of the year! The sun was shining, and there was this rumor of heat. 10 o'clock this morning I was standing outside in a sundress and a windbreaker, cleaning the bugs out of the pool. By 11:30, the girls were swimming! Hooray!!! There's still sun on the pool now, and it's almost 6:30. Maybe I should toss a suit on and get out there for a few minutes. Who knows when the sun and heat will appear at the same time again!


Oooh... This is also the first day that I've worn a sundress. I was so impressed with that fact that I decided to record it for posterity. So... I'm attaching a pic of me wearing my sundress. 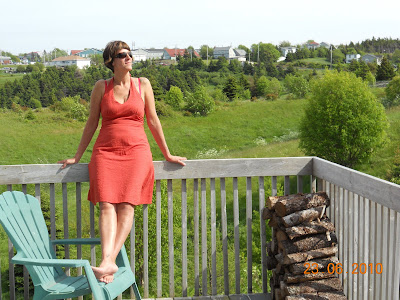